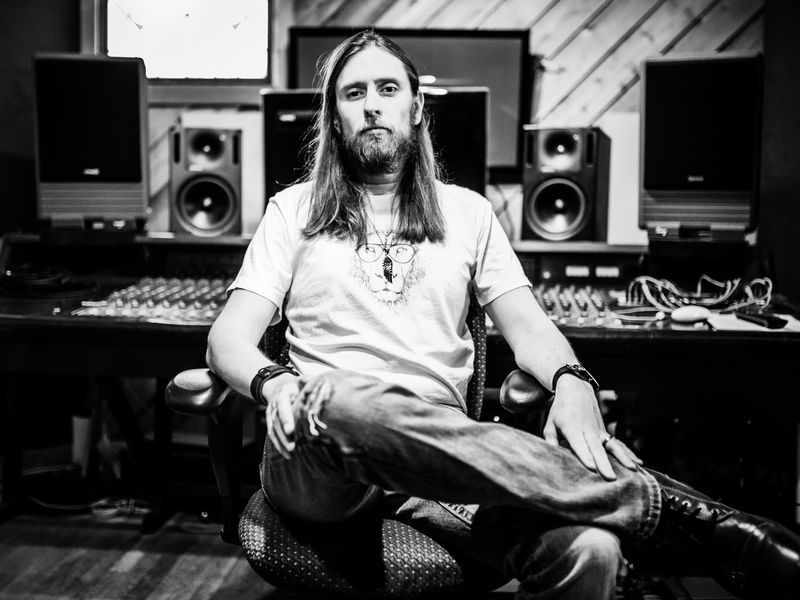 Music has been a big part of my life for as long as I can remember.  I am incredibly fortunate to have come from a background where my parents had a very wide variety of musical tastes.  I grew up listening to everyone from Gene Autry and Johnny Cash, to Scott Joplin and Beethoven.  From the Allman Brothers and Led Zeppelin to Black Sabbath and Iron Butterfly.  This rich and diverse background gave me the opportunity at an early age to appreciate a wide variety of music, without feeling like there was only one type of music to love.

I started hammering away at the ivories when I was three or four.  My father is a very talented piano player, and would often provide the evenings entertainment around our old upright piano in the living room.  I remember being fascinated by the sounds and complexity of the music I was hearing, and knew that I wanted to play it.  It wasn’t long before I started hammering away at the keys, and putting together musical phrases that, somewhat, sounded like the song that I intended them to.

Throughout the years, I have dabbled in Piano, Trumpet, French Horn, Guitar, and Singing.  Each of these instruments hold a special place in my heart, but it was the guitar that truly sparked the fire to take my musical interests to the next level.  I began playing guitar at the age of 14.  I took lessons every Saturday morning at 8am at a local music store in Roswell, NM.  It was a very interesting experience, because I ended up having 7 guitar teachers over the course of my first six months taking lessons.  I would simply show up one week and there would be someone new waiting to mold my burgeoning mind.

I’ll never forget one Saturday morning, I arrived for my lesson only to find an empty room.  My teacher arrived about 15 minutes later and was still hung over from the night before.  I spent the next thirty minutes, hearing the sordid details of his provocative escapades from the night before.  He had apologized for being late, but that he had “woken up on the other side of town at this hot chick's house”, and that it took him longer to get to the lesson than he had planned.  I then played the rhythm line for “Hotel California” while he ‘demonstrated’ soloing techniques for the remainder of the lesson.  I was even more surprised when he held out his hand at the end of the lesson for his payment.   This, needless to say, made it very difficult to have a consistent learning plan, so eventually I quit my “formal education”, and began trying to learn on my own.

When I was 15 I got a job as a Disc Jockey doing the 6 to Mid-Night show for the local Top 40 station in Roswell, NM.  The “celebrity” was something that the 15 year old in me loved, but that was only until I discovered the production room.  I was immediately drawn to the production and audio booths, as, to me, they exemplified pure creation.  I watched in awe, as my Program Director, and News Director would weave together sounds and vocal inflections to create a masterpiece out of, what-would-have-been, a dry piece of 30 second copy.  I was mesmerized.  I spent evenings, and weekends in the tiny little booth shoddily recording my guitar and my voice on the same microphone.  Singing was really just a necessary evil…I wanted to be Jimmy Page, not Robert Plant.  I would then dub (record) the audio onto a cassette and subject all of my friends to my sub-par, at best, guitar playing and horrendous singing.  Fortunately I stuck with it, and eventually I started to get better.

I didn’t start singing seriously until I was in college.  While I was playing guitar and singing in a band in Abilene, TX one night my bass player stopped the rehearsal to say…“Hey, you, put the guitar down and just sing”.  Evidently, my singing had progressed further than my guitar playing.  From then on out, I sang in the bands that I was in, rarely sporting the guitar on stage.

I never anticipated that my life would have turned out this way, but music has engulfed my life at every angle.  I am slowly dissolving the ‘corporate’ life that I thought I had wanted straight out of school, and am watching the musical dream materialize before my eyes.  Each day is a gift, and another step closer to the realization of my dream of sharing my take on music with the world.

What a wild ride this course has been.  Two mentors.  Eight Months.  Lots of writing and recording.  But in the end, I feel like I've come out the other side a better musician and recording engineer... Read More >>

How amazing is it, that you can spend thousands of dollars on gear, instruments, computers, monitors, plug-ins, etc., and that an un-treated room can thwart your efforts go gain a good sound... Read More >>