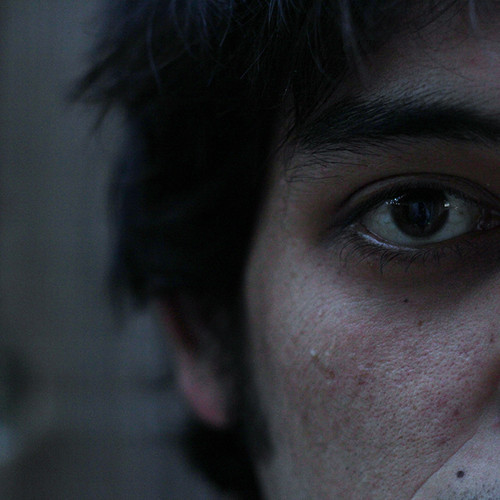 D3FB0T (pronounced Deaf Bot), or Jet Wada, is the moniker of Bay Area producer. D3fs high energy yet musically focused records are a welcomed relief in the fog of filth bass and patch crazy productions.

Jet was born and raised in Antioch California. A very small, very multicultural city tucked away behind its big brothers, San Francisco and Oakland. A semi hectic town where you can drop your kids off at school, hear a couple gunshots at night, and goin to a 4 year college or the Army is the common way out. Not that type of person ,even though Jet did try to attend Sf State Univerity for a year, Jet pursued music as his means of so called "escaping". Being introduced to music at an early age by his parents was a big help too.

Having had a pretty damn good grasp on the Piano, including reading notes, understanding all piano theory, and creating his own songs, at the age of 12 Jet told his parents he was quitting his piano lessons. Also being heavily influenced by HIp Hop, his dad bought him a 2pac cd and told him, "Start writing lyrics son". From there it all grew. Jet began making friends that shared the same passion. Soon he and his friends had formed a power group that is known as The Bay-Sicz.

Since Jet had been producing for years using several mediums, Jet became a Producer/Rapper kid to his friends in highschool. And he had bangers too. Every couple weeks him and his team would make a new rap record to show the people. Having momemtum going with the group, the Bay-Sicz put out a couple mixtapes, and Started doing shows. Once Jet stepped foot on that stage, He knew this is where he belong.

After a couple years of shows and fun times, the Bay-Sicz movement slowed down a little bit, and Jet began to look for other scources to spread his music. Always being a fan of techno and house, which heavily influenced his hip hop records he produced for rappers and singers, Jet decided to produce a demo ep of electro and dubstep and hip hop fusion tracks. From there, he submitted it to a few labels, and had his first release on beatport with TEMPLE MUSIC GROUP SF on May 1st, 2012. A day to remember.


Now as a rising star in the EDM community, Having been featured on several major blog sites worldwide for his remixes and live performances. Jet and his best friend Cameron Powell aka Grap3 Carg0t, are doing live shows all around the us , venturing into some music festivals as well. (to be anounced) , and producing featured dubstep, electro house, techno, trap, moombahton, hip hop tracks that are featured in media shops every where. With Jet and Cameron's "WE GET THE PARTY GOIN STUPID" attitudes and Fun to be around personalities, and AMAZING PRODUCTIONS, you are sure to hear more and more and more from D3FB0T. oh, and did i mention, he is completly deaf in his right ear?!