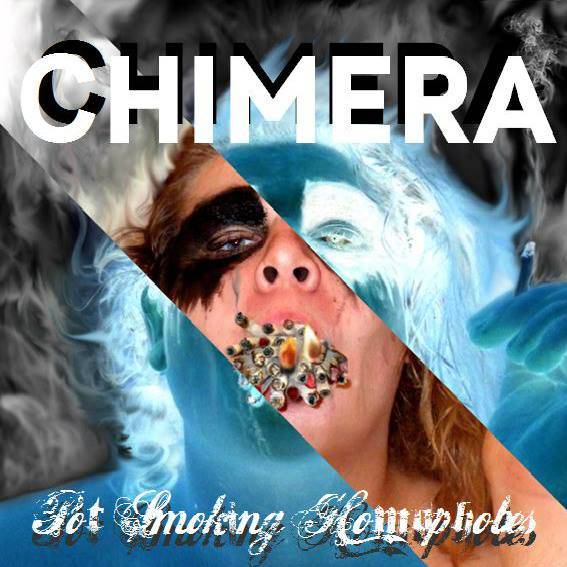 Alan Holmes (P/K/A Chimera) was born May 25th, 1993 on Vancouver Island. He moved frequently around Western Canada with his family, growing up through many new places and experiences. Showing ambition from an early age, he frequently wrote creative stories and poems which would soon evolve into song-writing. He found great success for his writing, competing (and winning) both provincially and nationally.  These creative ambitions soon stemmed into a love of live performance art.

However, it wasn't until later in life that he truly began to shine. Donning the stage name 'Chimera' he began to bring his creations to life. Collaborating with other artists and paying from his own pocket, he worked on multiple projects including directing and producing live theatre, film and recording the beginnings of an EP. Although the EP was initially intended to be a demo of previously written material, Chimera instead opted to write and record new material based on recent experiences of his life. The first taste of this would be the single 'Lion'.

Shortly after the completion of the song, a music video was set into production. Like the song, the video was self funded and created through collaborations with other artists. Chimera himself went about collecting materials for the costumes in the video, working with local fashion brand VexyHeart on the completed pieces. He would go on to write, direct, produce, edit and perform in the video.

Chimera's second single (a ballad entitled 'Deanna') was released in June of 2014. Both Lion and Deanna were re-mastered and re-released in the spring of 2015. A revamped Lion video as well as the music video for Deanna (also self funded/directed) accompanied these re-releases.

Continuing his training, he apprenticed at a music studio, learning the craft of music production and audio engineering. He would move on to produce and arrange his next single, a dance-pop song dubbed ‘Pot Smoking Homophobes’, delving into issues of sexuality and prejudice. It has now been released as the first official single off of his upcoming EP.

Described by others as "theatrical, cabaret-pop" and a "cross between Meat Loaf and Lady Gaga" Chimera remains eager to continue creating works for the world to feast upon.

After all, this is only the beginning.

Cheesy as my titles may be (yes, I am aware) I sincerely hope that 2015 is going to go a bit smoother than the first few months in the program... Read More >>

At this point, my true love is music and it gave me itself. Fa la la la la, joy to the world, and all that jazz. Continuing on from my last post, Chapter 9 and 10 had essentially been squished together because of technological delays... Read More >>