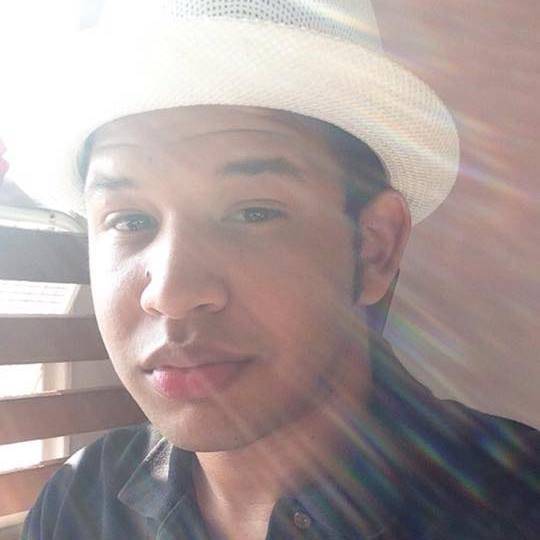 My Name is Darly Lara better known as Sentimiento

I play Bachata and my favorite genre is Doo-Wop.

I think the best way to describe myself is to start off by telling everyone my history. I started playing music when I was 6 years old after being presssured to sing in a karaoke in Lynn, MA. There was something about the applause and the cheering that made me want to continue singing after that day, so I kept seeking that thrill . I wrote my first song when I was 11 for a girl in middle school who I had a crush on and she actually ended up rejecting me.

Throughout middle school I was "that" quiet kid that didn't go to recess because he prefered to stay up stairs reading books and avoiding bullies. In 8th grade things started to change though. I auditioned to Celia Cruz Bronx High School of Music as a choir major and got in, so my teachers in middle school now knew of my musical abilities but we all kept it a secret, til graduation. During our graduation our principle asked if anybody wanted to audition to sing, I reluctantly raised my hand telling myself, "what in the world am I thinking?" Everyone is looking at me confused as hell and saying."Darly?" When I started singing I saw everyone's face light up and after I finished I felt the "thrill" again. Girls constantly came up to me asking me to sing for them and though it felt good it didn't feel right because it felt fake.

High School was the birth of Sentimiento. Going to high school I really wanted to start my own Bachata band, so I did. My song writing became much stronger as well as my singing because of the classical training. I learned to read music and understand how it works. I joined a Doo-Wop Group called School Boyz my sophomore year, I was in multiple choirs, and I started learning guitar. I learned jazz, doo-wop, classical, salsa and anything else that was thrown at me along the way. Throughout high school I performed at Carnegie Hall Twice, at the inauguration of Mayor Di Blasio, on a Broadway Stage, for Linda Eder. Grand Central 100th year anniversary, and even Disney World my senior year. During senior year I broke up my band because a lot of the members were not coming to the rehearsals but the name Sentimiento stuck with me. I noticed that when people started calling me by that in the hallways and even some of my teachers called me Sentimiento and I loved it. I went solo and the people that were committed to the band to this day still work with me and are actually my best friends. When I graduated I recieved countless awards for my musical achievments, I even got the gold award for highest achievement in Choir.

My Facination for Audio Engineering came about sometime after I graduated. I was at my friend's home recording studio and he offered to record one of my songs. He never finished recording it and that got me upset so I saved up to create my own recording studio. First I bought a condenser mic, specifically a Rode NT1A, I also need a USB interface so I bought a PreSonus AudioBox USB, and a pair of decent headphones. My song were not translating well to other appliances and through out the research I did I found out about the existance of Studio Monitors. I bought some JBL LSR305's, and acoustic treatment and set it up as best as I could to control the sound in the room to the best of my abilities. One of my band mates has an uncle who's a rapper and he needed somebody to record his mixtape and I did an through out that process I learned a lot. It eventually became what I wanted to do for a living because I enjoyed doing it. I recently go into beat making for rappers. Music is just all I know and That's what lead me to the Recording Connection, it was the only program that I researched that made any sense.

I'm very passionate about music. I love to think outside the box when it comes to how I approach a song whether it's writing, producing or recording. I don't ever want to sound generic. I want that when you hear my song or a song I worked on you know right away,"Yep, it's Sentimiento"

Hope you enjoyed learning about me :)

Check some of my early work on Sound Cloud and Instagram and add me on snapchat.

So yesterday I was observing a tracking session and when it was done I had a conversation with one of the other students that was there and he told me he makes beats... Read More >>

When I saw Mike, he told me."I'm doing a mixing session, you don't mind right?" I reply,"Ofcourse not", especially considering i've been dying to see one... Read More >>