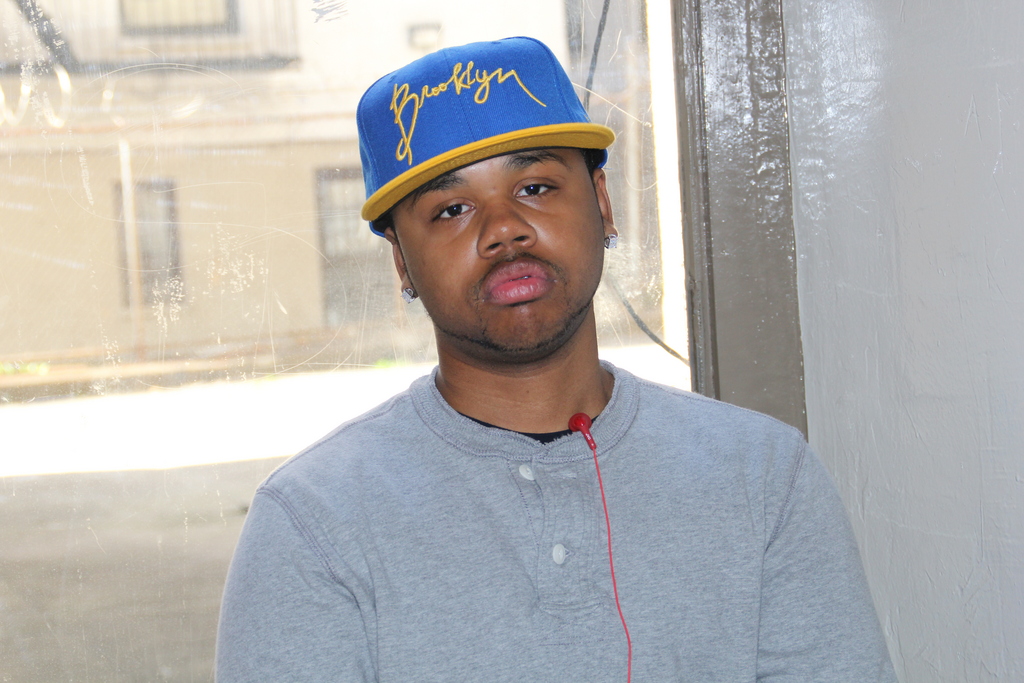 NY's Own V Flatline (DeVante Williams) was Born May, 31, 1992. In Brooklyn NY. He Started Rapping at the age of 11, but always had a love for music since a young child. He started off at the lunch table battling other MC's just for fun, but as time progressed he began to take the art of being an MC more serious. Often times writing rhymes down in his composition notebook in class and were ever else he traveled. He would Soon going thru Note Books at a rapid pace. His love 4 HipHop soon became his passion even skilled in the art of Graffiti as well. The 1st Album he ever purchased was Jay-z's Classic the Blueprint. But was also inspired by music Legends such as Biggie Smalls, ,Tupac, Eminem, Dmx, 50 Cent, Fabolous, Camron, Stack Bundles, Jadakiss, Kanye West, and many more. Flatline has now got into the art of producing beats as well. After saving enough money up he recently purchased a full home recording studio, so he can finally have the freedom of doing what he loves on his own time. After countless years of booking and paying for studio time. Although a NY Native, Flatline listens to all kinds of music from every where for influence. "If its hot its hot, Ill always give it a try. Music is no different from a painting one might love the work of art while others might not" Its a matter of taste and opinion. So i respect everyone thats doing there thing no matter what". V Flatline soon took up his name for having an aggressive tone on tracks hitting hard with punchlines and delivery thus making him stand out on tracks. "I eat and breath this music thing, I wanna be mentioned with the legends some day." Although V Flatline can air a track out on his own, he is not alone. Although going thru multiple name changes" BossGang, Young Fly Bosses, Black Sopranos", Him and his child hood friends have started what they call "Twilight Society" we started off just making custom premium tees for friends and family but it quickly grew into something much more because of its mass appeal and style he claims. "That name is final" no more name changes he promises. " People always ask me why did y'all go through so many names? I tell them because we grew up so much through out the years and learned so many lessons even with in the circle." "A lot of people just wanted to hop onda band wagon you know leeches" They didn't truly believe we were serious i guess, but oh did they make a big mistake on dat one. Im just glad we know who's really down for this and who's not from now before the success comes you know." When asked what he feels sets his music apart from the other million rappers out there he replies. "Just the heart and soul of it, I like music from today, I really do. But i feel a lot of it is very mechanical. Were's the emotion i wanna feel a way after hearing a track it has to move me i just hear a lot of the same things being said a different way were the creativity, themes, subject matter? I want to bring back that true essence of hip hop music. The voice of the people , the streets." He admits to being guilty of this himself dumbing his music down a lot of the time. But promises to give listeners something new to look forward to. V Flatline is currently enrolled in the Recording Connection Program working with Matt Stein at SWAN 7 Recording Studio in NYC learning the art of Audio Engineering, and is also working on his 1st solo debut mixtape/Album "I Need Fans" dropping Soon.