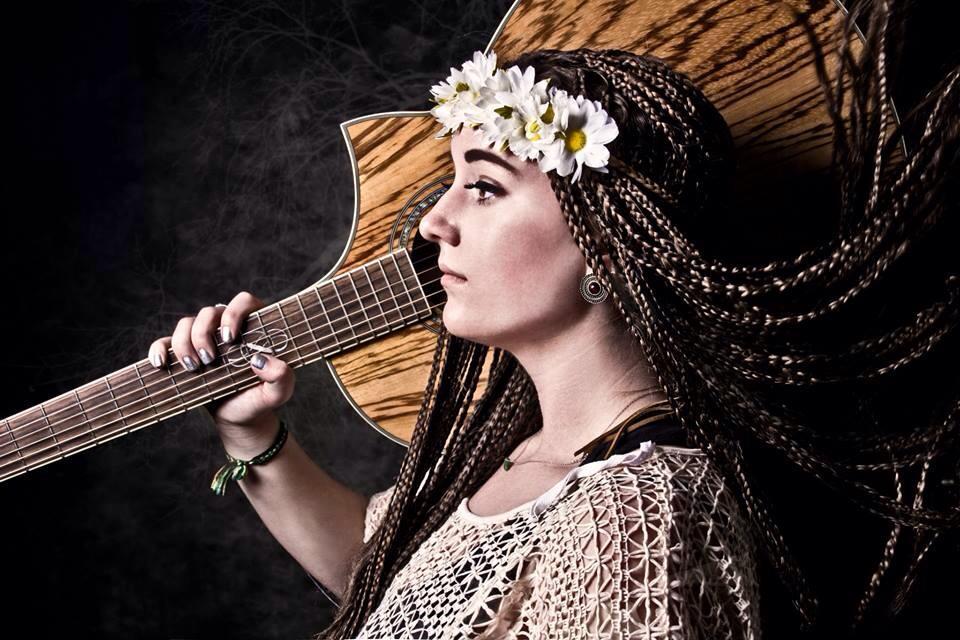 I graduated high school the spring of 2013. I attended Tuacahn High School for the Performing Arts where I was in the advanced classical guitar ensemble, sang for Radiante, the women's choir, and played cello in the orchestra. I have been playing piano on and off for 12 years. I picked up a guitar for the first time 5 years ago when I fell in love with music all over again. I started songwriting and wanting people to hear my voice for the first time. When I was 16 I took the next step in my music career and had an EP recorded with John Houston. Being in the studio is what made me realize the production side of music is where I wanted to be.

Living in St. George, the music scene isn't much. However, I am blessed with the opportunity to be a part of John Houston's Gospel Choir and a member of Southern Utah's Songwriting Association. I love performing and spending time in The Studio of Hurricane, Utah. I've studied under Miki McMullin with Speech Level Singing for 3 years as my voice teacher. I've worked with Dave Anderson, a classical guitarist for 4 years who teaches me everything from music theory to songwriting to Bach.

Being a musician, I have an interest in all music but a few genres and artists jump out at me. I have a soft spot for indie folk and indie rock. Subsequently, I love bluegrass and a round, dark alternative sound. As far as performing goes, I prefer the small coffee shop feel or a street performer. I want people to be drawn in with my soundc. I want them to stop what they're doing and listen to me because they want to.

Southern Utah is known for family and it's natural beauty which is why I hold both close to my heart. I'm a rather creative creature and want to use it to the best of my ability. That ability seems to be through music, where I can be honest to my soul and express my creativity speaking the universal language of music. By the same token, what I love most about music is that I know I want to be involed with it for the rest of my life. Audio engineering is what seems to fit my future best.

Ludwig van Beethoven, known to me as The Man, once said, "Don't only practice your art, but force your way into its secrets; art deserves that, for it and knowledge can raise man to the Divine"... Read More >>

A few months ago I mentioned that John Houston recorded my original song, Black Cat. Gordan Strang, a local drummer and Southern Utah music enthusiast, was kind enough to lay down the drum track on my song... Read More >>