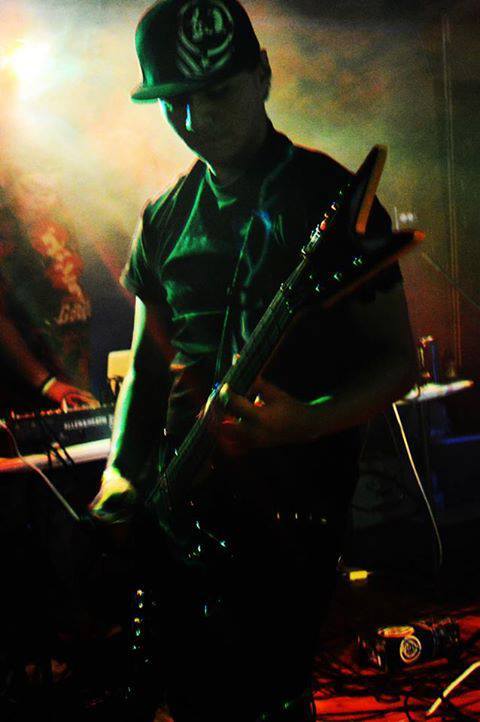 For the last 10 years i have been playing music and studying music production and the music business. For christmas i was given an electric guitar at the age of 12. The lead singer of Green Day, Billy Joe Armstrong, was the musician that influenced me to pick up a guitar. I had a passion for music at a young age. I played trumpet for the Big Spring High School band in Texas and participated in the schools marching band. I strived to be involved in the school band as much as i could by doing All Region, Solo and Ensembol, and i even tried out for drum majer my JR and SR year ( but i didnt make drum major). Being in band i learned discipline and how to handle competition. Outside of school i was a metalhead. Around the time i got my first electric guitar i was into bands like Green Day, The Offspring, Blink-182, Limp Bizkit, Slipknot, korn, Rob Zombie, and many more. I learned how to play guitar on my own and once i got it down i turned to other instruments like the drums, bass, and piano. In high school i was in several metal bands. One of which i did a 4 song demo with. We have a studio here in Big Spring, TX called KTTK recording studio. The original owner, Len Morgan, passed away a couple of years ago and the studio was handed down to a gentlmen by the name of John Ontiveros. John is currently a music producer and plays trumpet for Tejano star Little Joe. When my band recorded our first demo in high school i fell in love with the studio and the recording process. Len was very knowledgeable and i learned about different mics, learned Cubase, mixing, music history, and much more. Next to being in a band and invovled with the high school music department i studied about the music business, music production, and live sound at home. I even studied about film making. In college i took business classes to help better understand marketing, production, managing money, and Human Relations. Today i am currently in a band called Violent Vendetta. We have shared the stage with many well know metal artist such as Born of Osiris, Emmure, Battlecross, 3 Inches of Blood, and a few others. Next to being on stage i love being in a recording studio. The Recording Connection appealed to me as being the perfect choice to go deeper in my music production education.

Last week I was involved in a session with my mentor Anthony was doing with two gentlemen that did vocals for a spanish/salsa goup... Read More >>

Yesturday in the studio a gentleman named Josh recorded an acoustic country song to be pitched to a record label in LA to have a female country artist sing... Read More >>