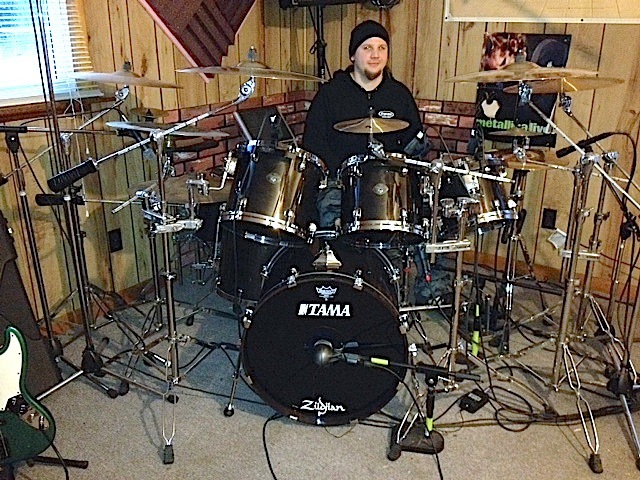 My name is Mike Warner.

Ive been into music since an early age. it started from hearing songs on my brothers Magnavox stereo . I then started beating on my parents couch cushions with wooden spoons, and i knew i wanted to play drums. I continued to listen to more and more music as time went on. At age 9 I started the school band and got a practice pad to take home and beat on. Later on i finnaly got a cheap drum kit that i practiced on allmost everyday.

My skills got better and my passion for music grew. I then picked up the guitar. My grandpa gave me a old national to play around with. Playing guitar was differnt than playing drums, and more difficult but i had the rythem from playing drums, so i picked it up pretty quick. Soon i picked up a bass guitar and started learning about bass. I became totally emersed in rock music and insruments. I started working a job just so i could afford gear from music catologs like musiciansfriend.

Ive played drums in a few small bands over the years. Rock, classic rock, metal. even sat in on some jazz and country songs. Figuring out that it pays to learn from all styles and you can become a better musician. As the gear i bought grew, ive put together my own P.A. System and figured out alot of the ins and outs of a P.A.

Over the past five years i jumped into recording. Starting out with a boss 16 track recorder and working my way up to a DAW. Im totally emersed in the DAW world, now with Protools and all that goes with a computer based system. Ive been recording songs of my own, songs of freinds, and met some new friends because of it.

Im now attending this course to one day get a job in a recording studio and work with music. I hope to turn my life long hobbie and dream into reallity.

The other day i was at the studio,  me and my mentor discussed microphones. learning about mics are fun to me because of all the differnt uses they offer... Read More >>

In chapter three I learned lots of interesting facts about the different file formats and how they differ... Read More >>