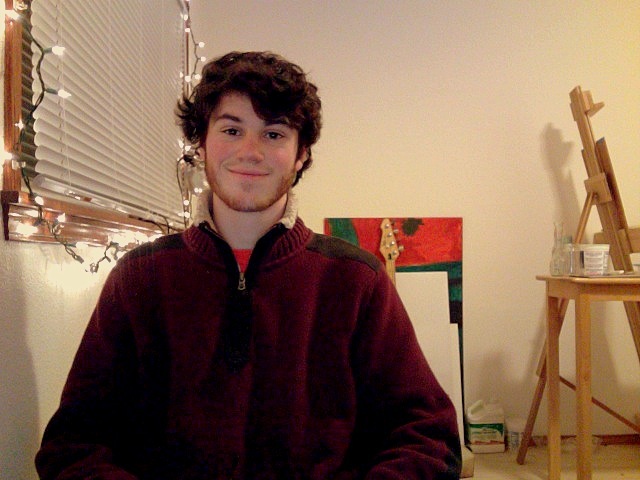 Hello, and thank you for looking at my page!

My name is Mike Slusarczyk, I'm 19 years old, and I moved to Seattle from Connecticut about 7 months ago now. Before entering the Recording Connection program, I had some past experience with music production when I was in charge of writing and recording all of the music for the band I was in back in Connecticut. After my time in the band, I delved into the realm of live television production/video editing, and was offered a paid internship working for a news network in Connecticut, but the day of my interview I realized that my true passion and calling lied with audio production (better late than never I guess).

Since about age 13, I have been able to name played musical notes with no reference point, or what some people call "perfect pitch". I took a test online that asked the question "Do you have the ears of an audio engineer?"  It played tones of only subtle frequency differences while asking which one was higher or lower. I had enough confidence in my ears to try it out and I scored perfectly. I started looking into colleges at which I could study audio production, but all of those options were far too expensive; I have a very hard time buying into the whole concept of 4 year institutions. Frankly, I think modern education has been turned into an industry/competition where the focus is grades and certification rather than accumulation and love of knowledge, but that is neither here nor there- it is simply the reason why the Recording Connection became my front-running option for getting myself an education.

I am currently on my last lesson of the Recording Connection's curriculum, so I am speaking as if I have completed the course. In my time being a Recording Connection student, I have learned many things about the art of audio production as well as the recording industry. To my dismay, I learned that in order for me to pursue a career as an engineer, I was going to have to start out in the same place I would have found myself had I decided to pursue a career in television production; just an intern under somebody else's administration without any room for creative experimentation. In my opinion, I think in the world of modern recording, the focus is more on the industry and less on the art form. The artistic integrity of otherwise brilliant engineers and producers has been clouded by the demands of the industry and I think some inventive minds are going to waste because of that. I started hearing more about Recording Connection students that went on to start their own home studios and the more I heard, the more keen I became on the idea.

Since about the middle of my studies in the program, I have actively been working on converting the living room of the house I share with my 2 other room-mates into an environment suitable for recording. I already have Pro Tools, an M-Audio Fast Track interface, an array of musical instruments, and the desire to build a microphone collection. I have been searching around for tutorials and instructional books on how to build almost everything you would need in a recording studio, from microphones to sound diffusion panels. Mostly recently, I just finished building a beautiful wooden multi-guitar rack that would have cost 150 dollars at Guitar Center. One of the bigger reasons why I am so invested into making so much of my equipment myself is because of my frugality. To demonstrate what I'm saying, I have found schematics on how to build my own U87 microphone, a mic that is normally about $3,000, for about a fraction of that price. I understand that there are some things I will inevitably have to buy, but I am really trying to make whatever I can so I can fully understand every element of the equipment I am using.

I think there is still hope for the art of sound and recording and I believe that my enrollment in the Recording Connection has given me the tools I need to pursue my dream. (I'm still going to be looking for a job in live sound though)

Time in: 5:00 Time out: 7:00 Today was a straight question and review day at the studio. Mark told me last week that I should study up a little more on microphones and their studio applications, so I did just that... Read More >>