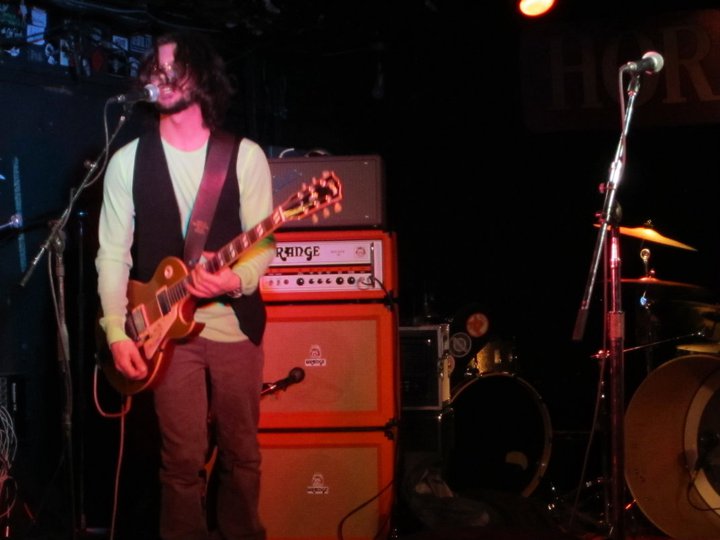 I began playing the guitar when I was 15 years old. I felt a natural inclination towards the instrument that I have yet been able to express with mere words. My approach has always been two fold; I have developed as a singer/songwriter (or what I affectionately refer to as my 'solo' projects) and as a collaborator, playing with many bands spanning genres from Metal to Acoustic Folk.

My thirst has not yet been quenched. My passion has allowed me many hats; multi-instrumentalist, producer, engineer, session guy, industry muckabout, student, teacher, mentor, and all around junkie, constantly seeking that next hit of oh so wonderful euphoria that can only be found when the planets align, and the cosmos deems proper a new and wonderful dose of inspiration; and in that moment of creativity, all is born anew and the flame is allowed to burn on relentless. Or in the words of Garth Algar "I like to play".

I have worked on several records, utilizing protools software, adat digital tape, logic, and garageband. I have released cd's, digital downloads and vinyl on a number of different projects. I have recorded both live off the floor in a band context as well as a multi-instrumentalist on my solo projects. I have assisted in the produciton and engineering on everything I have ever done in the studio as well as some live recording. I currently have a demo studio set up in my home, which is a great way to throw down ideas or to demo songs and work on them when I get inspired or have an itch to create.

I have also worked closely with my hometown grassroots record label 'Get Bent Records' in a&r, event planning, and production. Get Bent records has an annual music festival situated around the summer solstice and as such is called 'Summer Solstice Festival'. This event focuses on and showcases local, homegrown bands as well as local artisans and other wonderful and creative people in general.

My ongoing passion for music has allowed for many fantastic opportunities to grow and expand my current repertoire, as far as I can see the horizon in unlimited.

Hey all, it's been a little while since I've come here to put down my thoughts, I have been busy with summer things, started a new gig at a radio station here in Toronto (Indie 88) and working on my personal portfolio website along with a new band and various studio sessions with Lionel... Read More >>

Progress   The weeks leading up to the arrival of my pro tools have put me in a favorable position... Read More >>